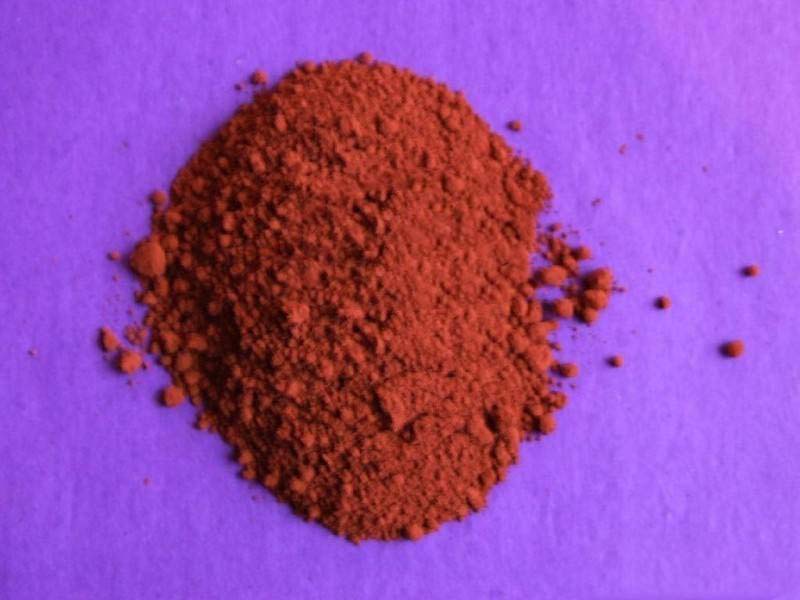 Generally, iron oxides and their oxyhydroxides are attributed to iron oxide series compounds, which can be classified into (α-, β-, γ-) Fe2O3, Fe3O4, FeO and (α- depending on the valence state and crystal structure. , β-, γ-) FeOOH. According to the color can be divided into red, yellow, orange, brown, black. More practical values ​​are α-Fe2O3, β-Fe2O3, α-FeOOH, Fe3O4, and the like.

1. Application of nano-iron oxide in decorative materials In pigments, nano-iron oxide is also called transparent iron oxide (transferring iron). The so-called transparency, not specifically refers to the macroscopic transparency of the particles themselves, but refers to dispersing the pigment particles in the organic phase to form a paint film (or oil film). When the light is irradiated onto the paint film, if it does not change substantially, The direction of the film passes through the paint film, which is said to be transparent. There are five main types of transparent iron oxide, namely, red, yellow, black, green and brown.

2. Transparent iron oxide pigment has high chroma, high tinting strength and high transparency due to its particle size of 0.01 μm, and has good grinding dispersibility after special surface treatment. The strong absorption of ultraviolet light by the iron-transparent pigment makes it useful as a UV-shielding agent in plastics, and is used in packaging plastics such as beverages and medicines.

4. Application of nanometer iron oxide in ink materials The iron oxide yellow can be used for the coating of the outer wall of cans. The iron red ink is red gold, which is especially suitable for the inner wall of cans. In addition, the high temperature of 300 °C is very rare in ink. Pigment treasures. In order to improve the printing quality of banknotes, nano-iron oxide pigments are often added to the printing ink to ensure the chromaticity and chroma of the banknotes.