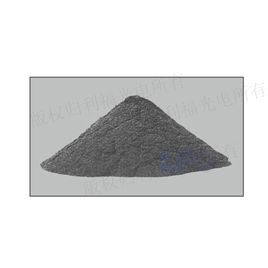 The evaporation of cathode material by evaporation process originates from high current density. The evaporated material is composed of electrons, ions, central vapor atoms and particles. At the cathode arc point, the material is almost 100% ionized, where ions are emitted almost perpendicular to the surface of the cathode. When chromium ions with high energy come into contact with nitrogen, they will react immediately and become gaseous chromium nitride molecules.

Usage of chromium nitride: Low carbon ferrochromium is nitrided at 1150 C in vacuum heating furnace to get coarse ferrochromium nitride, which is then treated with sulfuric acid to remove iron impurities. Chromium nitride is obtained by filtration, washing and drying. It can also be prepared by the reaction of ammonia with chromium halide. High surface hardness, low friction coefficient and low residual stress make it suitable for wear resistance and metal-metal friction occasions. Used as wear resistant coating. Adding to mechanical parts and dies can enhance their lubricity and wear resistance.