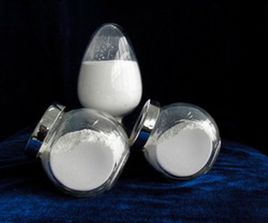 Titanium dioxide, also known as titanium(IV) oxide or titania, is the naturally occurring oxide of titanium, chemical formula TiO2. When used as a pigment, it is called titanium white, Pigment White 6 (PW6), or CI 77891. Generally, it is sourced from ilmenite, rutile and anatase. It has a wide range of applications, including paint, sunscreen and food coloring. When used as a food coloring, it has E number E171. World production in 2014 exceeded 9 million metric tons.

Titanium dioxide occurs in nature as the minerals rutile and anatase, and additionally as two high pressure forms. One of these is a monoclinic baddeleyite-like form known as akaogiite, and the other is an orthorhombic α-PbO2-like form known as brookite, both of which can be found at the Ries crater in Bavaria.