Platinum is one of noble metals, it is one of the best catalyst and antioxidants, nano platinum ( Pt ) with small particles size, strong, safe, stable, reliable, environmentally friendly, non-toxic, tasteless, harmless, can be widely used in biomedical, Catalytic industry, cosmetic etc.

1. Platinum Nanopowders for biomedical
Hydrogen and nano-platinum have a synergistic effect that can be used in conjunction with the treatment of oxidant stress disorders; Studies have shown that platinum nano particle-mediated photo-thermal effect in the treatment of bone metastases in nude mice can be a good inhibition of bone tumor growth and osteolytic bone destruction; Lactic acid bio-sensor based on nano - platinum black modification for rapid detection, etc. 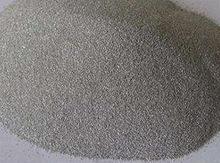 2. Platinum Nanopowders as catalyst
Nano platinum are widely applied in catalyst part, Nano-platinum powder has excellent bio-catalytic activity, it can be applied to polymer hydrogenation, reduction and synthesis. Nano platinum also can be used as fuel cell catalyst, due to its high cost, due to its high cost, now some use nano nickle to replace the platinum, and some are looking for ways to improve nano platinum efficiency as catalyst in fuel cells to save cost. Last year Chinese researches have developed a superfine platinum nanowire catalyst on the surface of the zigzag, greatly increasing the surface activity and specific surface area of the fuel cell catalyst, increasing its overall catalytic activity by more than 50 times.

3. Platinum Nanopowders for cosmetics
Platinum nanoparticles , due to its strong oxidation resistance Platinum can effectively remove free radicals in the human body. Play the anti-aging effect and at the same time to achieve whitening bright.

Platinum Nanopowders can also be used for food preservative, car exhaust purification, etc. Nano platinum do have a lot of amazing functions, but we can't list its amazing features one by one. If you want to know more about platinum information or purchase, please contact us.