Today Let's introduce an unusual rare earth element—erbium, which is a heavy rare earth element. It takes its name, like yttrium, from the town of Ytterby, near Stockholm, Sweden, where yttrium ore was first discovered. Almost all the rare earth Elements can be found in monazite and yttrium. 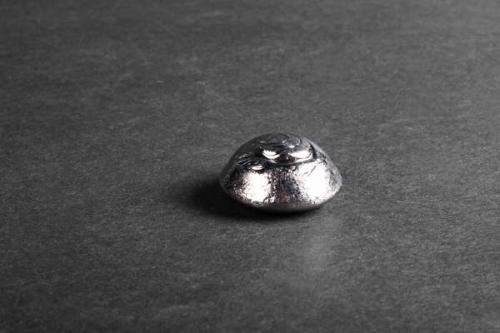 Erbium is a silver-white metal that slowly oxidizes when exposed to air.It  has physical properties similar to those of other lanthanide metals and is paramagnetic, attracted by neodymium magnets.

Erbium and hydrochloric acid react quickly to produce a pink erbium chloride, which is the color of most compounds in erbium. Its compound's color is a little bit like neodymium and lighter than neodymium. Like most lanthanide compounds, their colors appear different under different lighting, Darker under LED lights and brighter under fluorescent lights.Rubbing an erbium on a grinding wheel, the erbium particles burn well in the air, producing a bright green spark. When the erbium burns in the air, it produces erbium trioxide.

Erbium laser is a solid-state pulsed laser with a wavelength of 2940nm which can be strongly absorbed by water molecules in human tissues, thus erbium has a special electron-layer configuration, one of its hottest applications is lasers, especially for medical lasers. It cuts, grinds and excises soft tissues with great precision and is commonly used in rhytidectomy and dental surgery.

The most prominent use of erbium is to make an erbium-doped fiber amplifier (EDFA), one of the greatest inventions in optical fiber communication. By adding a small amount of erbium ions to the quartz fiber, it can compensate for the optical loss in The communication system. Erbium-doped fiber apron as a "pump station" of light, so that the optical signals can be transmitted from station to station without weakening thus comfortably opening the modern long - distance high - speed fiber - optic communications technology channel .

We shall thanks to erbium as we now enjoy the convenience of the high-speed global Internet which erbium plays a significant role. Erbium is also being used in quantum computers to write the quantum state of a single photon into an erbium atom, preserving that information For up to two centuries., it is possible to construct quantum Internet.