Yttrium, chemical symbol Y. It is the first rare earth metal element to be discovered. It is a grey ferrous metal with ductility. It reacts with hot water and is soluble in dilute acid. Special glass and alloy can be made. 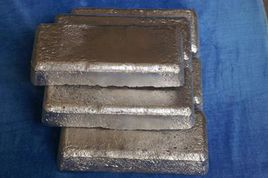 Their content is scarce, and their oxides are similar to CaO and other Turkish elements, so they are named. Because rare earth elements are dispersed and often minerogenic in disorder, and their properties are very similar to each other, it is difficult to find, separate and analyze them. Yttrium and cerium, another rare earth element, are two of the most abundant elements in the earth's crust, so they were first found in rare earth elements. Norway and Sweden on the Scandinavian Peninsula in northern Europe are rich sources of rare earth minerals, so these two elements were first discovered in this area.

The purity of yttrium produced in industry is generally not less than 93.4%. Its main impurities are other rare earth elements with contents of 3.8%, calcium 1.6%, iron 0.05%, copper 0.1%, tantalum or tungsten 1%. It can also produce yttrium with purity not less than 99.8% or more. The main impurity in high purity yttrium is still rare earth element.