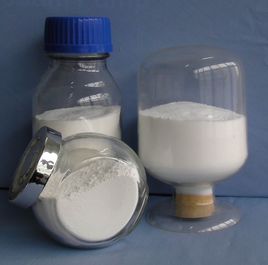 The particle size of silver in nano-silver colloids is about 10 nm, most of which are less than 10 nm. The unique antibacterial mechanism of nano-silver colloids with the size of 10 nm can kill bacteria directly and quickly. The colloidal stability of silver nanoparticles is good. Concentration of 100-1000ppm, can be diluted after use. Nano-silver colloid is an effective local anti-infective substance, colloidal silver can be used for gynecological disinfection and sterilization.

Secondly, nano-silver particles are produced by patent technology, with a protective film outside, which can be released gradually in human body, so the antimicrobial effect is lasting.

Finally, nano-silver belongs to non-antibiotic fungicides: nano-silver can kill all kinds of pathogenic microorganisms, stronger than antibiotics. The unique antimicrobial mechanism of nano-silver particles of 10 nm size can kill bacteria directly and quickly, and make them lose their reproductive ability. Therefore, the next generation that can not produce drug resistance can effectively avoid repeated attacks and long-term cure caused by drug resistance.