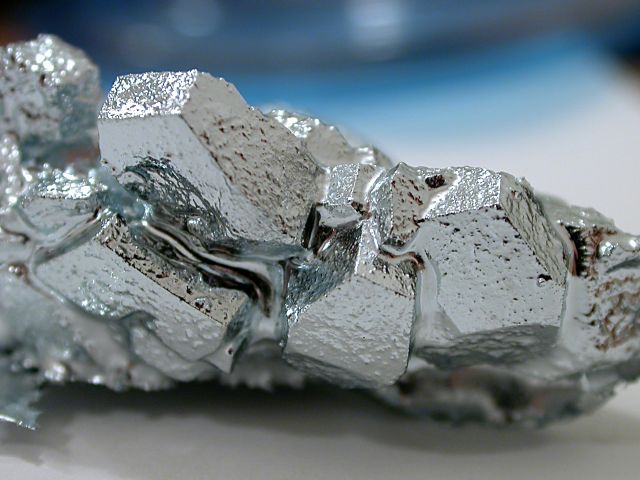 Description:
Gallium is a chemical element. Elemental gallium does not occur in nature, but as the gallium(III) salt in trace amounts in bauxite and zinc ores. A soft silvery metallic poor metal, elemental gallium is a brittle solid at low temperatures. As it liquefies slightly above room temperature, it will melt in the hand. Its melting point is used as a temperature reference point, and from its discovery in 1875 to the semiconductor era, its primary uses were in high-temperature thermometric applications and in preparation of metal alloys with unusual properties of stability, or ease of melting; some being liquid at room temperature or below.